GET THE BEST SOLAR PANEL AND SYSTEM

Solar electric PV systems reduce or completely eliminate the amount of electricity you have to purchase from your electric service provider to power your home or business. Solar power systems can provide owners with fixed energy costs.

Electricity generated by solar panels is referred to as Photovoltaic energy which is often shortened to ‘PV’ in which we refer to a solar system that generates electricity as a PV system.

PV systems produces electricity directly from electrons freed by the interaction of sunlight with a solar panel made of a semiconductor material. The basic building block is known as a cell, many cells put together are known as a module, and many modules assembled together form an array. A PV system will consist of an array of modules generating DC electricity, an inverter that converts the DC current to a usable AC electricity, and optionally a battery to store unused energy. 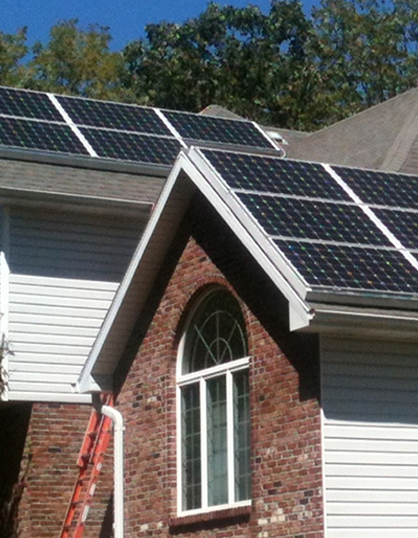