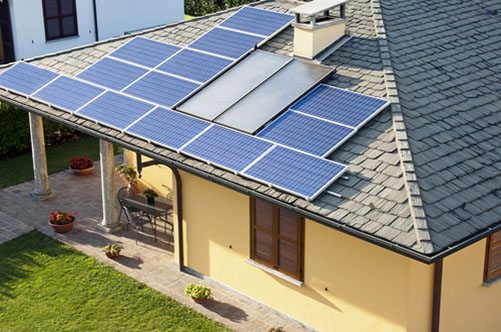 Did you know that solar applications offer much more than reduction of your energy bills?

They especially offer many environmental benefits to our planet because they run on solar energy. A sustainable, green energy source, solar energy helps create a cleaner and healthier environment in the following ways.

The smog and dirty air in the air are bad for your health and aesthetics. It is unhealthy because it can cause health problems like asthma, anxiety, headaches, bronchitis, and allergies.

It is aesthetically poor because the pollutants trapped in the air make the environment look bad.

The burning of fossil fuels is the main cause of air pollution because they generate harmful gases like carbon dioxide and methane. Solar applications however depend on clean solar energy for power, which doesn’t contribute to air pollution.

Solar applications thus go a long way in reducing the carbon emissions in the air to improve your health and surroundings.

Hydropower is indeed another green energy form. However, it depends on lots of water to produce electricity. Most of the time, it is a dam that controls the water flow and electricity production. Dams, in turn, have a significant effect on the local ecosystem.

On the contrary, solar applications run on solar energy. They do not require water to create energy and thus don’t affect the ecosystem.

3. Reduces the use of fossil fuels

Fossil fuels like coal, natural gas, and oil have always been major sources of energy. They are finite and non-renewable energy sources that eventually run out as they cannot keep up with the increased energy demand.

Besides, they create lots of pollutants and air pollution.

Solar applications however depend on solar energy and not on non-renewable energy sources like fossil fuels for energy. Solar energy is freely and abundantly available all over the world and is paving the way for a stable energy future.

Solar applications do not pollute the air, which has a positive effect on mankind’s health. The cleaner air leads to cleaner lungs and reduced health complaints, which in turn can save many lives.

5. Slows down the climate change

The burning of fossil fuels increases the levels of carbon dioxide and methane in the air, which costs the planet. It makes it difficult to clean the air and contributes to the enhanced greenhouse effect.

With the greenhouse effect, the planet ends up warming up faster than before.

This increase in global temperature has an effect on different climates. It may make some climates warm while cooling others to lead to sudden and volatile weather patterns everywhere.

Global warming in turn can lead to the melting of glaciers and increased sea levels. These changes in turn trigger calamities like cyclones, floods, and extreme heat, and drought.

Solar applications, on the other hand, can help prevent the effects of possible climate change. They run on solar energy, which does not produce any greenhouse gases, and releases few air pollutants. They, in the process, help slow down climate change over time.

Carbon footprint is the release of greenhouse gases, especially carbon dioxide, into the atmosphere through your activities. And burning fossil fuels is a major contributor to your carbon footprint.

Much of the electricity in the grid is generated by burning or combusting fossil fuels. Vehicles on the roads are mainly powered by fossil fuels. Reducing your use and dependence on fossil fuels can help reduce your carbon footprint.

This can be done by using more solar energy.

Looking at how solar applications can help improve the environment, it’s worth considering shifting to using solar energy. It is available in abundance all over the world, and sunlight is free.

By shifting to solar applications, you can improve air quality, your health, minimize water wastage and reduce dependence on fossil fuels.